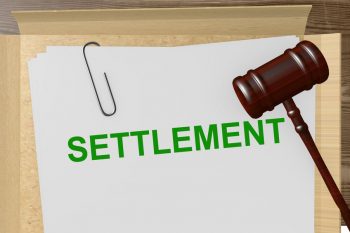 Courts outside the Sixth Circuit reject Goodyear’s analysis, but the decision remains good law.  For an explanation of Goodyear and practice tips for outside and in-house counsel, see my post Important Lessons about the Settlement Privilege.

In Kelley, the plaintiff sued multiple defendants following a fire that erupted in a traveling camper and killed the camper’s occupant.  All defendants except Apria Healthcare settled, and Apria filed a motion to compel the settlement agreements.

The plaintiff and the settling defendants opposed the motion on grounds of relevancy, but also that the Sixth Circuit’s settlement privilege protected the settlement agreements from compelled disclosure.

Noting that “a number of district courts have recognized that settlement agreements are not privileged,” the Kelley court ruled that, “[a]lthough the Sixth Circuit recognizes that the settlement privilege protects settlement negotiations from discovery, ‘this privilege does not extend to the terms of the final agreement.’” (emphasis added).

What about Confidentiality Provisions?

The plaintiff and settling defendants argued for non-disclosure because the settlement agreements contained confidentiality provisions, but the court ruled that was of no consequence, stating that the no-privilege rule “is true even where the agreement is designated as ‘confidential.’”