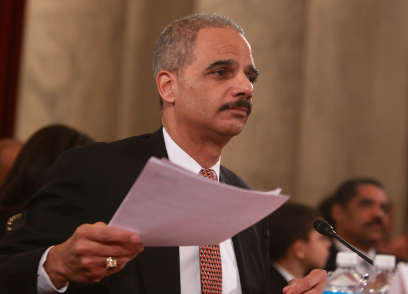 But Judge McMahon’s ruling, with citations ranging from the Federalist Papers to the Magna Charta, seriously questioned “the legality of killings unilaterally authorized by the Executive that take place otherwise than on a ‘hot’ field of battle.” The New York Times Co. v. U.S. Dep’t of Justice, 2013 WL 20543 (S.D.N.Y. Jan. 2, 2013).  Here is a link to the Court’s opinion.

The case arises from FOIA requests by two New York Times reporters and the ACLU.  These requests sought documents containing the legal justification for the Obama Administration’s decision that the U.S. Government may lawfully target for killing persons, including U.S. citizens, suspected of having ties to al Qaeda or other terrorists groups.

The broad requests effectively captured two legal memoranda.  The first was a legal memorandum prepared for Attorney General Eric Holder by the Justice Department’s Office of Legal Counsel (OLC).  According to DOJ, the memo contained “confidential legal advice to the Attorney General, for his use in interagency deliberations, regarding a potential military operation in a foreign country.”

The second memo was from Legal Counsel to the Joint Chiefs of Staff to the National Security Advisor Legal Advisor containing legal advice regarding the effect of U.S. citizenship on targeting enemy belligerents.

The Times and ACLU conceded that the deliberative process privilege and the attorney-client privilege covered these memoranda.  But they argued that the Government waived these privileges due to senior executive-branch officials’ public comments on the legal basis underlying the Government’s ability to target off-the-battlefield individuals, including U.S. citizens.

The Times and ACLU cited a plethora of comments by high-level executive-branch officials, including President Obama’s comments in the Google Hangout online forum and to Jay Leno during his October 25, 2011 appearance on the Tonight Show.  In speaking with Leno, President Obama stated that U.S. citizen Anwar Al-Awlaki “was probably the most important al Qaeda threat that was out there after bin Laden was taken out, and it was important that, working with the Yemenis, we were able to remove him from the field.”

The most explicit comments, however, came from Attorney General Eric Holder during a March 5, 2012 speech he gave at the Northwestern University School of Law.  In this speech, General Holder discussed at length the legal justifications for the Government’s ability to use lethal force in a foreign country against a U.S. citizen associated with al Qaeda and actively planning to kill Americans.

The court correctly held that the Government waives the deliberative process privilege only when an agency adopts a predecisional document as a final policy.  And the adoption of a document such as a legal memorandum occurs only where the agency expressly adopts or incorporates it as a final opinion.

The court acknowledged that the various public statements clearly reference a legal opinion that was “performed by someone for someone.”  But the court correctly observed that none of the statements specifically referenced the OLC legal memorandum.

The Times and ACLU had nothing more than speculation that the legal analysis referenced by Attorney General Holder and others was set forth in the OLC memorandum.  And for this reason, the court held that the Government did not waive its deliberative process privilege because it neither adopted nor incorporated by reference the OLC memorandum.  The OLC memo is privileged and not subject to the Times and ACLU’s FOIA request.

As for the Joint Chiefs of Staff legal memorandum, the court reserved judgment because the Government’s supporting affidavit contained nothing more than conclusory statements that the document was predecisional and deliberative. The court declined to uphold the privilege based on these conclusory statements but provided the Government with another opportunity to correct this proof with a supplement declaration.  A ruling on this memo awaits another day.

Although ruling that evidentiary privileges preclude disclosure of a legal memorandum that may support the U.S. program of targeting terrorists, including U.S. citizens, for killing, Judge McMahon questioned the underlying issue—whether a legal basis actually exists for the Executive Branch to authorize unilateral killings of alleged terrorists, including U.S. citizens, outside the confines of a  battlefield.

Judge McMahon, citing James Madison and French philosopher Montesquieu, noted the Founders’ tyrannical fear of placing executive and judicial power in a single individual or institution.  The judge rejected the Hamiltonian view of due process as limited to the judicial branch, and stated that the Constitutional due process right, emanating from the Magna Charta’s “by the law of the land” provision, requires the government to give notice of a proposed action and opportunity to be heard before imposing an adverse action.

Judge McMahon, citing the hundreds of thousands of American citizen deaths during the Civil War, conceded that these due process requirements do not apply to combatants actively engaged in armed combat against the United States.  But she countered that the 2011 killings of U.S. citizens Anwar Al-Awlaki, his son, Abdulrahman Al-Awlaki, and Samir Khan, were hundreds of miles away from any battlefield.  The court observed that the activities in which these three were alleged to have engaged constituted treason, but that “the Founders contemplated that traitors would be dealt with by the courts of law, not by unilateral action of the Executive.”

Acknowledging that the matter is not “straightforward,” the court stated that “there are indeed legitimate reasons, historical and legal, to question the legality of killings unilaterally authorized by the Executive that take place otherwise than on a ‘hot’ field of battle.  The judge sympathized with the Times and the ACLU and would clearly prefer the DOJ’s legal basis for the program be publicly disclosed to “allow for intelligent discussion and assessment of a tactic that (like torture before it) remains hotly debated.” The court lamented the “Alice-in-Wonderland” nature of her ruling, stating:

I can find no way around the thicket of laws and precedents that effectively allow the Executive Branch of our Government to proclaim as perfectly lawful certain actions that seem on their face incompatible with our Constitution and laws, while keeping the reasons for their conclusion a secret.